Blog - Latest News
You are here: Home / A dinosaur slice-of-life 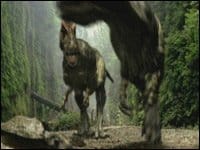 Fossils are great for reconstructing what dinosaurs looked like. Sometimes they can even tell us more – for instance, their teeth can show whether they were herbivorous or carnivorous. But to understand a typical day-in-the-life of a dinosaur, paleontologists often rely on what might be described as good news/bad news discoveries. 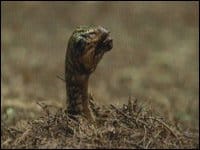 Some dinosaurs are thought to have tended their nests, at least until the young hatched

“We call them ‘lucky for us, bad for the dinosaur’ sites,” explains Thomas R. Holtz Jr., vertebrate paleontologist with the University of Maryland. At such sites, sudden natural calamities kill and cover over the corpses of the animals, effectively “catching” dinosaurs in the act of living their lives. Good news/bad news discoveries around the world have proven fertile ground for a number of theories about how dinosaurs lived, including theories that they tended nests, practiced cannibalism and hunted in packs.

“At sites in inner and outer Mongolia, the skeletons of [oviraptor] parents were covered over in a sandstorm, right over their eggs, protecting the eggs,” says Holtz. “When the first oviraptor skeleton was found, they thought it was on the eggs of a protoceratops. It was only in the 1980s that they found the embryos, and low and behold it turns out they were oviraptor eggs. So oviraptor was getting a bum rap – “oviraptor” means egg thief. Although, in defence of the people who named them, they could probably steal eggs because they do have these weird beaks that are probably good for cracking open shells!”

But while oviraptors may have been doting parents, there’s evidence that at least some dinosaurs weren’t quite so tender-hearted. 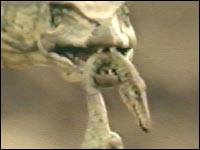 “Baby Coelophyses have been found in the stomach cavities of Coelophyses,” says Holtz. At first scientists thought the babies might be developing young, and that the animals gave birth live, Holtz says, “but then it was pointed out the skeletons were all dis-articulated, and from the size of the bones they would be unable to get out of the body if whole. So they were clearly cannibals at least some of the time.”

What did dinosaurs eat?

Dentition can usually determine if dinosaurs were herbivorous or carnivorous. But to get any more specific, evidence of stomach contents are important. Pine needles and twigs have been found inside the fossils of duckbilled dinosaurs, and small mammals and lizards have been found in the stomach cavities of Coelurosaurs. However, analysis of “stomach contents” must take careful consideration of the surrounding environment, to be sure that it’s not just debris that was washed into the fossil area later on.

“If the [suspected stomach contents] were deposited in an environment where they’re bigger than the sediment being transported – like if it was in a desert and the wind is only going to be able to transport sand, and there’s objects larger than sand inside the belly — that’s a good sign that the stuff was in the creature and not transported in later,” Holtz explains. “And many groups of dinosaurs had gizzard stones, used to grind food down in the gizzard or fore-stomach. If the stones are concentrated where the gizzard would be and the potential food items are right near by, that suggests that the thing hadn’t decayed, that the belly hadn’t burst open and everything washed in, and it was still in the original position.”

How did dinosaurs hunt? 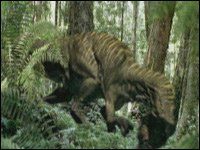 Similar caution must be exercised in analyzing “mass” dinosaur graves, which have been used to support the theory that meat-eating dinosaurs hunted in packs.

“In some cases we have the discovery of more than one individual of the same species found together at a single site,” Holtz explains. “Currently we have raptors, tyrannosaurs and carnosaurs in that situation, as well as some of the early therapods. The implication is that it is unlikely, if these were individual hunters, that there would be so many cases of these creatures dying together at the same time.”

Holtz points out that if meat-eaters typically congregated, it would be more effective for them to hunt together than to simply come together and not cooperate. However, while pack hunting is a well-accepted theory among paleontologists, the evidence that these large carnivores did congregate isn’t completely solid.

“The trick is demonstrating that these animals died together rather than accumulating over weeks, months or years in the same spot,” Holtz admits. “So you need good evidence from sediments that it was single event.”

The individual hunting capabilities of the meat-eaters must also be deduced from incomplete evidence. Tyrannosaurus rex and Troodon, with their forward facing eyes, show evidence of stereoscopic vision, the type of vision that transmits one integrated image to the brain from both eyes, rather than a separate image from each eye (humans have stereoscopic vision while horses do not.) However, there’s more to it than just skull shape.

“Where the eyes are oriented facing forward with a lot of overlapping [vision] space, there’s the potential for it,” Holtz explains. “But stereoscopic vision relies as much on the ‘wetwear’ — the brain structure – as skull structure, so we can’t show which therapods had it, just where it was possible.”

Whether they could see well or not, it’s probably a safe bet that meat-eaters, with their well-developed olfactory lobes, could at least sniff out their prey.