Autism affects between two and 10 of every 10,000 people, according to the National Institute of Neurological Disorders and Stroke. It strikes boys four times as often as girls. Researchers are not sure what causes autism — now known formally as pervasive developmental disorder — but have dispelled the myth that poor parenting causes the condition.

In most cases, children with autism begin to show signs of the disorder during their first three years. Autism can range in severity from a mild disorder to a serious condition marked by repeated unusual, self-injurious behavior.

Signs of autism in children include: 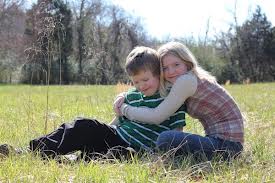 If you are concerned that your child may be autistic, talk to his or her doctor. It is extremely important to have your child’s hearing checked, as symptoms of autism and hearing problems can be confused. Also, remember that the signs of autism are similar to those of other disorders.

If your child is diagnosed with autism, his or her health care provider can devise therapies to manage the symptoms. Although these therapies do not cure autism, they can lead to substantial improvements in managing symptoms.