The first time I took a Bikram “hot yoga” class in West Roxbury, Massachusetts, I thought I had stumbled into a casting call for The Full Monty. I was accustomed to attending yoga classes that are mostly female, but this one was at least a third guys, most of them over 40. Wearing only gym shorts, these workaday Joes shared more than scars, tattoos, and abs not destined for the cover of Men’s Health: They shared a determination to get the job done.

It’s not news that more and more men are discovering yoga. But when those guys are cops, firemen, carpenters, construction workers, even a heavyweight boxer, as they are at my studio, then East hasn’t just met West, they’ve moved in together.

Over the last year I’ve watched these unlikely yogis roll out their blue mats, then put themselves through 90-minute routines of 26 postures and two breathing exercises in a room that’s heated to a sweltering 100 degrees or more. This is Bikram yoga, named for its founder, India-born Bikram Choudhury, a 57-year-old former weight lifter.

The setting for these sweat-drenching productions is the Yoga for You studio, located in the basement of a professional building on the outskirts of Boston. When owner and Bikram yoga instructor Diane Ducharme opened shop seven years ago, her students were almost 100 percent women. Now, she observes, “It’s not at all unusual for the guys to outnumber the females in a class.”

You won’t meet a more unlikely yogi, or a more gung-ho one, than Brian Donovan, a 46-year-old construction worker who can be seen in the back row of a class almost every day. Standing six feet two inches tall, with tattoos on his biceps—one of a four-leaf clover, the other a rose—he’s proof that yoga is not for wimps. “I’ll be at work showing them Standing Bow pose, and the other guys will say, ‘You got to be shittin’ us,’ and I tell ’em, ‘Yeah, you try it!’ ”

“When I first came here,” he says, “I couldn’t hold my arms up over my head because of the bursitis in my shoulders. My bursa pads are just about worn out from doing overhead stuff, like installing ceilings. I got all kinds of strains from construction, and lots of injuries from car accidents, and from hockey and football. My first few classes I couldn’t do Awkward pose because I couldn’t stand on my toes due to the rheumatoid arthritis, except where I had the joints cut. I can show you the scars. Two months later I was up there like everybody else in the room.

“Now when I’m working on baseboards,” he continues, “I can squirm down like a kid. Couldn’t do that before. And I can’t believe my hands. Used to be they wouldn’t even open, but now it’s like I’ve got little birdie fingers. I can wiggle them again.”

To guys like Donovan, Ducharme, the instructor, is a saint. “I can’t say enough about Diane,” says Donovan. “She made my life do a complete flip-flop.” And they’re spreading the word. “You wouldn’t believe how many guys I’ve brought in here.”

“This is my life’s work. It’s a calling,” explains Ducharme, who at five feet makes a dramatic contrast to her improbable clientele. 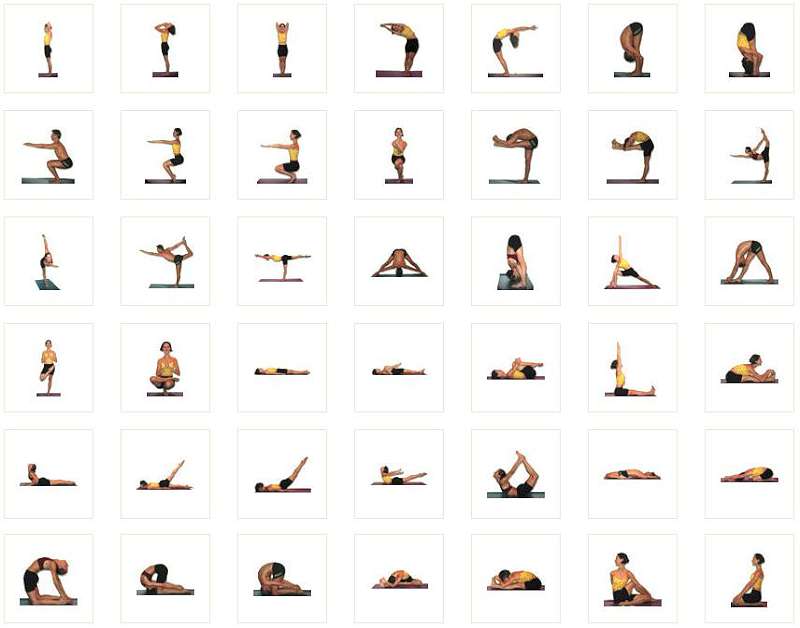 Because the Bikram practice employs heat to help stretch muscles, ligaments, and tendons, and to detox the body through sweating, it’s called the healing yoga. “Most of the men who come here are middle-aged and have chronic pain,” Ducharme says. “Usually they’re at a tough time in their lives, be it physically or emotionally. Guys have to be dragged in for their first class, usually by their wives. But once they realize that it’s okay that they don’t do everything, that it’s a struggle, but they will get it—then they start bringing other guys in.”

No guy ever forgets his first time: “I couldn’t get up the nerve to open the door, so I stood outside and grabbed people who were leaving. ‘What do you do in there? What do you do?’ I kept asking. The way I was carrying on I think they thought I was some kind of pervert,” says an undercover policeman who insists on remaining anonymous and who, after 18 months of doing Bikram yoga, has the flexibility of a Cirque du Soleil performer. He says he came because he contracted a rare, life-threatening illness, which he credits yoga for helping to cure. “I had everything. A wife, kids. I was afraid of losing it all. I used to think yoga was woo-woo stuff, but when you’re desperate you’ll try anything.”

“When I first started coming here seven years ago, I was one of the only guys,” says Ron Bourque, a 54-year-old firefighter. “I came because I had an injured shoulder. I started with one class a week. At first, I couldn’t lock my arms over my head. But as my body started to open up and I saw more changes, I started pushing myself to go more and more.”

Finally, he went all the way. “I took the two-month Bikram yoga certification training in Los Angeles,” he says. “We did classes two times a day and in between studied for physiology exams. The studios are heated even hotter out there to see who drops out. That was the hardest thing I’ve ever done in my life, and I’ve been to boot camp.”

The challenge, though, is only the beginning. One afternoon I overheard two guys talking in the changing room. “I started to well up during a pose, the emotion was that strong,” said one. “I know just how you felt; happens to me, too,” said the other.

“I’m not surprised about that,” says Ducharme. “The more you do it, the more sensitive you become to the world around you, to your emotions, and to what’s going on inside of your body. Yoga is a doorway to all of that.”

Once through that doorway, it seems there’s no going back.

“Besides the flexibility I’ve gotten from yoga, it’s taught me how to focus, to be in the moment,” says Dennis Harris, a 47-year-old homicide detective. “In my job I go from one body to the next, and it brings up stresses. Yoga helps me to let go.”

Exhibit A: “Let me tell you where I see changes, and where my wife sees changes,” he says. “I can better enjoy the comforts of my home. I can sit down in a chair without needing to have background noise on, like the TV or radio. I’m the kind of guy who’s always got to be doing this or that. It’s just so nice to sit and relax, and that’s from yoga. I don’t need a beer or anything.”

“Things can happen in life, and I’ll be more mellow about it,” says Bill Dristas, a 40-year-old printer. “Now when I’m driving and somebody cuts me off, rather than try to sideswipe ’em, I blow it off.”

Although in Bikram yoga there is no oming, or chanting, the guys I talked to seemed open to take that next step on the journey to awareness.

“Yes, I could get more into this mind/body thing,” says Dave DeCourcey, a burly 47-year-old machinist who found out about Ducharme from “a guy at the Y who puts in windshields.” DeCourcey says he’s “getting interested in meditation. I’m trying to move my way toward that area. I’m trying to grow with the spiritual part of it.”

One thing that surely changes as these guys do yoga is their lifestyles. “I’ve dropped 30 pounds in the last two years,” says DeCourcey. “I didn’t diet at all. I suppose I changed the way I eat without making a conscious effort.”

“I’m a big goodies guy,” says Donovan. “But no more. Now I drink juices, eat vegetables, all that kind of stuff.”

Every guy I interviewed told me it had been a struggle to stay fit, and that yoga gave them a new challenge. “I used to really like to jog, do stuff like that,” says DeCourcey, “but I was starting to get sore the next day.”

“I was bored with the gym,” says Dristas. “My concentration was down. I wasn’t getting the endorphins going anymore, not like here.”

“I won’t even go to the gym anymore, and I used to go every night,” says Donovan. “Yoga makes you feel like a million bucks. I’m up and down 40-foot ladders all day long. About three o’clock in the afternoon I’ll be up there just whistling away. I’m so happy because it’s almost time to go to yoga.”

Bikram Yoga: How Sweat It Is

If you’ve never tried Bikram yoga, be prepared to sweat, as classrooms are heated to 100 degrees or more. But know this: You do get used to the heat, sort of. When going to class, it’s essential that you bring a towel to cover your mat, a washcloth for wiping sweat, and a bottle of water. Wear loose-fitting clothing (probably not cotton) or a bathing suit. The Bikram yoga method consists of a sequence of 26 repeated body-bending poses. After 45 minutes of standing and balancing exercises, there’s an additional 45 minutes of mat work. Postures are done in front of full-length mirrors so you can constantly adjust and correct your body.

Yogi master Bikram Choudhury was raised in India and first made his mark as a Hollywood-based guru in the 1970s. The popularity of Bikram yoga has been a comeback of sorts—the sort that is not only spiritually satisfying but puts Rolls Royces (apparently a Bikram favorite) in one’s driveway. Bikram says students can expect improved circulation, greater energy, and a general sense of well-being. While Bikram admits his yoga is no miracle cure, he promises that consistent effort will have a cleansing effect on aches, pains, and other problems. Because oxygenation improves the skin tone, it also helps to maintain a healthful appearance.