In the past half billion years, life on Earth has experienced several waves of mass extinctions. The most recent — 65 million years ago — wiped out the dinosaurs. But it’s what happens to biodiversity between extinction events that interests paleobiologist John Alroy, of the University of California, Santa Barbara.

John Alroy: The traditional view is that diversity has gone up and up in an exponential growth pattern … However, the new research seems to be showing that there might be limits to diversity and that we might have gotten close to those limits a long time ago.

John Alroy runs the Paleobiology Database — a free, online library of information about the fossil record and the history of life on Earth. He hopes the database will help put into perspective the impact of changes such as global warming. 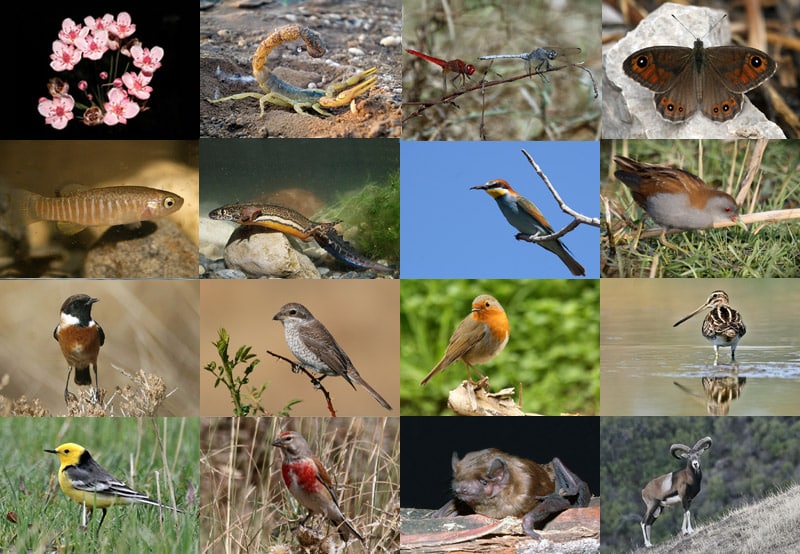 It’s hard enough to guess how many species of animals live on Earth today. Estimating diversity of life on Earth over the past half a billion years is even harder, mostly because the fossil record is so inconsistent. Some environmental conditions are better at preserving fossils from certain places or certain times, and some species leave a better record than others. Snails and clams have left a fantastic record of their past, for example, while jellyfish have left virtually no clues about their evolution.

“This kind of problem is similar to what you’d have if you were trying to estimate the population of a country, but you didn’t have the resources to actually count every person,” Alroy says. “So you’d have little spot surveys. And if you had more surveys, you’d have more people, and you’d think there were more total people in the population.”

Using a historical approach is the only way to circumvent such an inherent sampling bias, Alroy says. “What we’re trying to do with the database is bring together in one place all of the basic information there is to be found on the published literature of paleobiology,” he says. “So we’re going to be able to show to anyone interested where and when any organism existed as we can demonstrate using fossils.”

Hallie Sims, a paleobiologist with the Smithsonian Institution in Washington D.C., agrees that having an online Paleobiology Database will drastically improve scientists’ ability to answer long-standing questions about the history and diversity of life on Earth, just like the Human Genome Project has helped geneticists tackle the basics of human biology. With the new information, scientists should be able to string together various studies of local extinctions and diversity estimates across time and space. “It’s a way of changing paleobiology from being a sort of stamp-collecting,” Sims says, “to making it much easier to do a lot more big picture studies.”

Sims reminded us that it isn’t just animals that experience extinctions. She said, “The Paleobiology Database contains both plants and animals, and both have experienced mass extinctions (and background extinction) over the history of Earth. And, in the modern biodiversity crisis, it’s often the destruction of the plants in a community (through logging, human development, change in water table, etc.) that then leads to the secondary extinction of the herbivores and carnivores. Although John works on vertebrates, his comments are relevant to all species, and adding this might prompt your listeners to think beyond dinosaurs (which are the typical poster children of extinctions) and think more about how the entire species biota of the planet is constantly turning over, with some species going extinct and others originating.”