A small proportion of prostate cancers (5 percent to 10 percent) are not associated with elevated PSA levels, but may show up as an abnormality on rectal examination. Therefore, PSA and rectal examination are complementary; either method by itself is not sufficient. 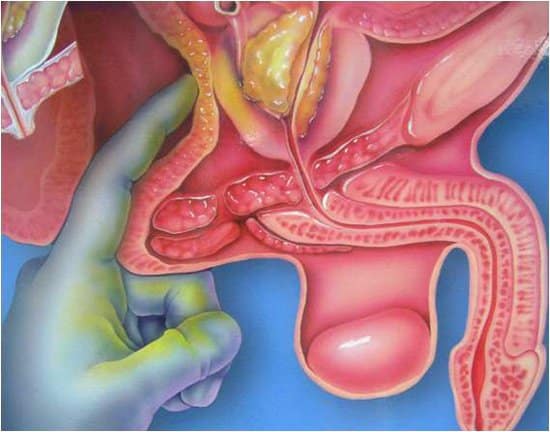 If either of these tests shows a possibility of cancer, the next step is to get a biopsy of the prostate, which is usually performed by a urologist. A biopsy involves the insertion of a needle through the rectum into the prostate with the aid of an ultrasound device. The needle removes tissue, which is examined to make a diagnosis of cancer. The procedure is an outpatient procedure and is usually well tolerated.

If cancer is diagnosed, it is graded on how aggressive it appears. This score is useful since it gives the doctor an idea of the prognosis and the degree to which the cancer may have spread. The score may therefore influence the recommended treatment. A score of 2 is the lowest and the best, while 10 is the highest and indicates the worst prognosis.

The PSA level is also useful in indicating the aggressiveness of the prostate cancer. The higher the PSA, the higher the likelihood that the cancer already has spread outside the gland. Therefore, a high score (more than 6) and a high PSA level (more than 20 to 30) make it very likely that the cancer has extended outside of the prostate gland, which has important implications for both treatment and prognosis.

The cancer also will be assigned a clinical stage. There are several staging systems in use, but the most commonly used assigns prostate cancer to Stage T1 through T4 (T4 being the worst prognosis). T1 and T2 cancers are confined to the prostate, while T3 indicates spread outside of the prostate to the nearby areas, and T4 indicates spread to distant areas or other major organs. An older, but also commonly used system assigns Stage A and B to cancers still located within the prostate, Stage C to spread outside the prostate, and Stage D to those cancers which have spread to distant areas, such as the bones. The doctor may order other tests, such as bone scans, X-rays, magnetic resonance imaging (MRI) or computed axial tomography (CT) scans, to better assign the clinical stage or determine the best treatment.