Early in the course of infection with HIV, women may have much lower levels of the virus in their blood than do men.

But despite this apparent advantage, women experience the loss of immune cells and get full-blown AIDS just as quickly as their male counterparts.

These new findings from a study by US doctors have important implications for the initiation of antiviral treatment in women worldwide, although consensus on exactly what modifications of current treatment guidelines are most appropriate has not been reached.

The ALIVE Study on HIV

Doctors at Johns Hopkins University in Baltimore, Maryland, published the most recent report of differences between male and female early viral loads based on their lengthy study of a group of 200 HIV+ patients who comprise the AIDS Linked to the Intravenous Experience (ALIVE) cohort. 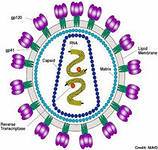 According to Alan I. Leshner, Ph.D., director of the National Institute on Drug Abuse that funded the research, Hopkins doctors have been studying the ALIVE participants since 1988 to determine what the natural progression of the disease is among injection drug users.

But these lower rates did not translate into a difference in how fast the two sexes became sicker, as was initially anticipated.

“Despite early differences in viral loading among men and women, as time went on, both had a similar risk of developing AIDS,” says Timothy Sterling, M.D., lead author and assistant professor of medicine and epidemiology at Hopkins and the study’s lead author. “Men and women also experienced a similar rate of loss of their CD4 T cells, the immune cells that decrease as a result of HIV infection.”

Physicians typically use both CD4 cell counts and viral load tests to monitor how well AIDS patients are doing. The two measures tend to be related, but they are not the same thing.

These cells help coordinate the immune response to infections, including infection with HIV. But HIV attacks CD4 cells and, typically, over time, an HIV-infected person’s CD4 count declines. The lower the CD4 count, the higher the risk the person has of being infected by opportunistic diseases. When a CD4 count drops below 200, the risk of infection is considered severe.

A doctor typically measures a HIV-positive person’s CD4 count as a way of estimating how well the patient can fend off new bacterial or viral infections. These test results provide a good idea about how strong the patient’s immune system is at any point in time.

The viral load test, in contrast, provides information on how much HIV is in the person’s blood or plasma. Until recently, doctors believed that the viral load right after infection — a level often referred to as the “viral set point” — predicted how fast a patient would become sick. It was believed that those with high levels of HIV right away were more likely to get sicker, faster, than those with low levels.

But the Hopkins study challenged this belief by showing that, at least among women who became infected with HIV through IV drug use, the initial viral load was very low compared to men, but the progress of their disease was no slower.

The study’s senior co-author, Thomas C. Quinn, M.D., a senior investigator at the National Institute of Allergy and Infectious Diseases (NIAID) which is collaborating on the long-term research on the cohort, explains the conclusion the team has reached: “Viral load is not as predictive for women as it is for men,” he says.

An important issue raised by the study — published in the March 8, 2001 issue of New England Journal of Medicine — was whether federal antiretroviral treatment guidelines in effect when the data were being collected should remain the same for women and men. These guidelines specify at what CD4 level its appropriate to begin administering the most powerful HIV virus killing drugs.

The study’s authors point out that women’s lower levels early after HIV infection meant a smaller percentage of them would have been eligible to start treatment with the strongest drugs under those guidelines.

Fortunately, updated guidelines were being prepared by the United States Department of Health and Human Services about the time the study’s findings became available, and federal health officials were able to take this new evidence into account in the development of recommendations.  In fact, a new section of the treatment guidelines entitled “Considerations for Antiretroviral Therapy in Women” that begins with a description of this study’s findings was added to the most recent guidelines issued by HHS in late April 2001.

In addition to a summary of the ALIVE results, the section gives results from several recent European HIV cohort studies related to women’s viral load, CD4 counts and disease progression, some of which confirm aspects of the Hopkins work, others of which seem to challenge it.

Despite the presence of conflicting evidence on the issue,  the newest guidelines note that clinicians may wish to consider lower plasma HIV thresholds “for initiating therapy in women with CD4 counts above 350 cells per cubic millimeters,” although — the guidelines add — “there are insufficient data to determine an appropriate threshold” to use.

The guidelines further explain that in patients with CD4 counts lower than 350 cells per cubic millimeter, very few sex-based differences in viral load have been noted and changes in the treatment guidelines for women in this most immune suppressed group are not recommended.

The study’s authors admit the findings about women’s viral load and their disease progression have raised more questions than answers so far.  Quinn notes that these include the absence of details such as why women’s loads are so much lower initially than men’s, whether female hormonal differences play a role, and why women’s levels rise after the initial years of infection.

“More studies on the dynamics of infection are needed to provide a better idea of when to start drug therapy to delay the onset of AIDS in people with HIV,” Quinn says. “Then we can help them live longer and healthier lives, which is our ultimate goal.”