It’s not that contractors are inherently dishonest, but con artists sometimes pose as contractors. Here’s how to recognize trouble when it comes knocking at your door.

One home-improvement contractor from Milwaukee had an easy way to make money: He took deposits and never showed up to do the work. According to Glen Lloyd of Wisconsin’s Division of Trade and Consumer Protection, the contractor absconded with $700,000 taken from 44 homeowners over a period of several months. In this case, the contractor was caught and sentenced to seven years in jail. But the homeowners’ money is gone for good. 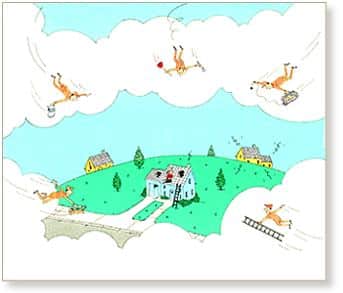 Sometimes bona-fide contractors do illicit things under extenuating circumstances — when going out of business or experiencing emotional problems. But more often, the perpetrators are con artists and crooks who call themselves contractors. They come up with a scam, work a neighborhood for awhile, and then move on to the next town and a fresh set of victims before the police can catch them.

Here are ten of their favorite con games and some advice on how to protect yourself: 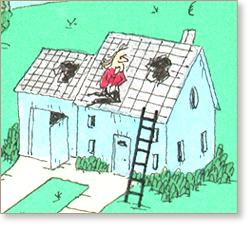 Person sitting on damaged house When floods, hurricanes, tornadoes, and other natural disasters bring destruction, con artists, who claim to be able to do everything from cleaning debris to replacing the roof, follow close behind. There’s always plenty of repair work after disaster strikes and homeowners, who are overwhelmed and emotionally vulnerable, are ideal victims for someone who’s less than honest.

Swindlers are full of false sympathy. They act as if they have loads of work but will put it all aside to solve a homeowner’s problems — if they will just pay a generous deposit. Then, money in hand, the con artists skip town. 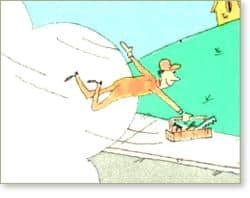 Sometimes honest contractors start a job filled with good intentions, but somewhere along the line, money problems develop. The contractor may have too many jobs going, or there might be personal problems, a divorce, or bankruptcy.

The contractor will try every technique to get more money out of the homeowner. He’ll lie about the amount of work that’s been done so he can collect the next installment. Or he may ask for money to buy materials, but use the money to finance other jobs — a practice that’s illegal in many states.

Pretty soon, the contractor has collected most of the homeowner’s money, while only a small percentage of the work is finished. That’s when the contractor stops answering phone calls and vanishes.

There are usually indications that a contractor is having financial difficulties and getting ready to depart. He shows up at the job site rarely, or has only a single employee there. Work stops for days or even weeks at a time.

Let’s continue with A Deal Too Good to Be True and the other possible home improvement scams!