During perimenopause, that time approximately four to eight years before menopause occurs, irregular vaginal bleeding can be a real problem for many women. Not only is it annoying, it could be a sign of a lack of progesterone, which protects the uterus from cancer. What should you know about these irregular periods in perimenopause?

Because this time can be confusing, it’s important to understand the normal menstrual process and stay aware of when things might be abnormal for you. 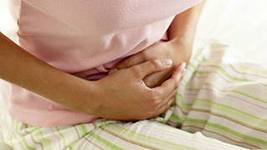 As a woman ages, the follicular phase shortens, which means there may be less time between your periods.

After ovulation, the luteal phase begins. It is during this phase that a sperm can fertilize the egg, unlike during actual menopause when eggs are no longer functional. Remember, fertilization can occur at any time before menopause, so plan accordingly.

Perimenopause is defined as three to 11 months without menses (your period). A woman may skip menses for several months (with or without irregular spotting) and then return to a regular cycle for a few months. During perimenopause, there are fewer functional eggs that can produce estrogen left in the ovaries. This change in estrogen production leads to changes in the menstrual cycle. Therefore, we may skip periods or have longer or shorter periods in interval or duration, bleeding between periods, and heavy menstrual bleeding.

In an attempt to compensate for the estrogen decrease, the brain sends more follicle stimulating hormone(FSH) to the ovaries so they might produce an egg that will secrete estrogen.

Sometimes, the stimulation to the ovaries leads to more estrogen production than usual. Other times, the ovary does not release an egg and the body does not produce progesterone, which is necessary for menstruation. Because of this, the uterine lining is subject to estrogen exposure without protective progesterone.

The unopposed estrogen causes growth of the uterine lining, which may shed irregularly since there is no progesterone to stabilize it. Other times, ovulation occurs, progesterone is secreted, and menses may resume.

While there may not be any associated problem, bleeding should be monitored because it can indicate a lack of progesterone.

Progesterone is necessary to protect the uterus from undergoing malignant (cancerous) changes. Unopposed estrogen could result in an abnormal growth of the uterine lining with atypia, which could predispose to uterine cancer. It is very important to discuss any types of irregular periods bleeding with your healthcare provider.