Albana italian grapes has been grown in the northern region, Emilia-Romagna, since the 13th century. It is also found in the vineyards of Liguria, Lombardy and Tuscany. All together, Italy harvests about 30 million kilos of Albana grapes each year. 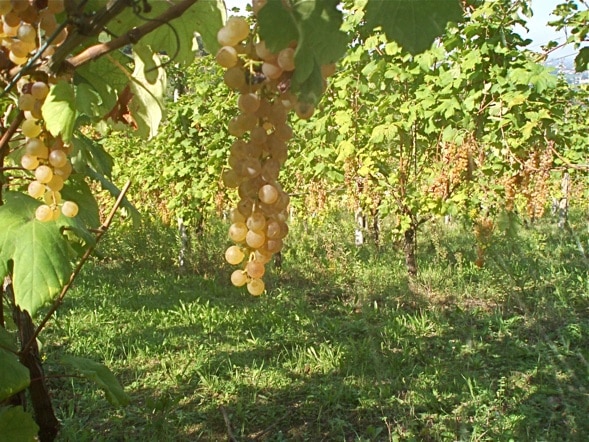 The Albana italian grapes is very versatile and is utilized to produce all styles of wine including amabile, dry, passito, spumante, and sweet wines. Its best example is as a rich, sweet passito from partly dried italian grapes. Albana is also known as Biancame, Greco di Ancona and Greco. It is not, however, related to the true Greco variety.

Aleatico, mostly grown in Latium, Puglia and Tuscany, yields dark, sweet and alcoholic wines. Tuscany has been cultivating the Aleatico italian grapes since the fourteenth century, but the overall acreage is decreasing. The two DOC zones that depend on this italian grapes are Latium’s Aleatico di Gradoli DOC and Puglia’s Aleatico di Puglia DOC. Both are found in natural and fortified versions and are vary rare. Fortified Aleatico, or liquoroso, is an appropriate and inexpensive substitute for port.

It is thought that the Aleatico italian grapes is a member of the Muscat family. This theory was conceived because of the flowery characteristics, but then disproved due to the deep colored wines. There are no known dark Muscat mutations that maintain these characteristics. Aleatico is also called Agliano, Alliance, Moscatello and Muscateller. 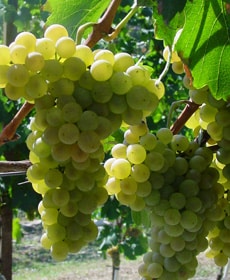 Arneis, in Italian, means “little difficult wine.” It originated and is still mostly grown in southern Piedmont’s Roeri Hills, which lie between the DOCG zones of Barolo and Barbaresco. Roero Arneis is the title of the DOC zone in these hills. Arneis can produce excellent wines with perfumy characteristics of apple, pear and even hints of licorice.

The Arneis italian grapes was almost extinct in Italy due of low yields, but has seen a resurgence in the past decade. It was originally planted, not for its wine-yielding, but rather to attract bees and other insects away from the more valuable Nebbiolo italian grapes of Barolo and Barbaresco.