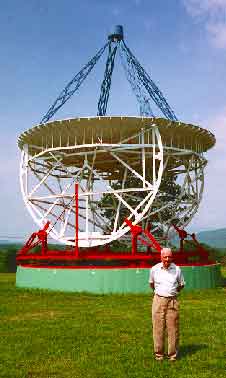 The End of Science?

One last thought on scientific progress: could scientists someday work themselves out of a job? Science seems to progress at such a great pace. And that pace seems to be steadily accelerating. Isn’t it possible that someday we’ll know everything we could possibly want or need to know?

A hundred years ago, it was quite fashionable to predict the demise of science. “Everything that can be invented has been invented,” pronounced Charles Duell, head of the U.S. Patent Office in 1899. It was thought that science would soon be a mopping up exercise. The values of certain physical constants would be refined to a few more decimal places. Bigger telescopes would put more stars on the map. Stronger microscopes would find smaller microorganisms. But basically, we shouldn’t expect any more surprises.

Well, you can see what happened to people who made such predictions. They missed the revolution that was about to happen. And even so, says Dr. Bruce Hunt, history professor at the University of Texas at Austin, scientists such as Stephen Weinberg and Steven Hawking have been caught making very similar predictions today. Dr. Hunt says, “That’s a parallel. They have a very different expectation of what the final theory will look like. But that kind of theory was flourishing at the end of the 19th Century and now, the 20th Century.”

Science can never come to an end, says Dr. Harold Kozac, Adjunct Professor of Astronomy at Wagner College, Staten Island, New York. “We’re always battling disease. We’re always looking to further space exploration. Our sun — in about 4.5 billion years — is going to die. It’s going to become a red giant and then a white dwarf. Our descendants will have to leave the planet because the solar system is doomed. As long as humanity continues, there will be problems and science is the only way to solve it,” he says.

I push back my chair, wipe the sweat from my face, pull the last page of my report from the typewriter and hand it to the alien visitor.

Okay, so I left out the bad stuff — the nuclear arms race, wars, famine, genocide. Let’s not forget the scientific hoaxes — cold fusion, Piltdown Man, and cars that ran on nothing but water. We 20th Centurians also beat up on the natural world around us with a host of dangerous chemicals such as CFCs (chlorofluorocarbons), lead based paints, MTBE (a toxic gasoline additive) and the pesticide DDT.

And, if you think about it, the year 1900 wasn’t really all that bad, was it? There were still a lot of rural areas. Light pollution was almost unheard of. Night skies were free of those steadily moving pinpoints of light that today beam hundreds of television channels to us and carry our conversations to distant locations.

Still, somehow, my little list of accomplishments makes me feel as if we’ve really covered some ground in a pretty short time. I don’t think we’ll ever reach the end of science, or that we could stop our quest, even if we wanted to. But I think now I can sleep a little better knowing that the achievements of the 20th century have been, indeed, remarkable.

Articles about the 26 Landmarks:

This article grew out of a series we produced called, “Landmarks in 20th Century Science Research.” We picked 26 scientific achievements or discoveries that would make most people’s top 10 or 20 list and tried to tell the stories behind the events. These 26 landmarks form a sketch of what we’ve achieved.

When we began researching these topics, the issue of funding for science seemed to pop up at every turn. It was interesting to note that in 1900, science was rarely funded by the U.S. government. Today, that situation is vastly improved. In the first half of the 20th century, it was mostly up to universities, industry and charitable organizations to foot the bill for research. A name that came up often in our research was Research Corporation.

Grote Reber with his original dish antenna at the NRAO in Green Bank, West Virginia.

Research Corporation is a foundation that supports basic science research. They administer patent rights that are donated to them by researchers and then reinvest the proceeds in other up and coming researchers. Inventions which Research Corporation administers the patent for include: cortisone, antibiotics and anticancer drugs; the first heart-lung machine; processes for synthesizing vitamins A1, B1, and B12; the laser concept; the cyclotron; and the computer memory core.

PARA AMINOBENZOIC ACID or vitamin B10

The Information Sourcebook of Herbal Medicine
Scroll to top