Wine appreciation starts not in the glass but at the vineyard. To my mind, the more you know about a wine—where the grapes grew, who tended them, and how they ripened—the more you will appreciate and remember its taste and the pleasure it brought you. So the trend toward organic vineyards is doubly appealing. Not only are these wineries taking a more responsible, healthy approach, they’re also creating wines with better, braver, more personal stories.

Grapes used to make the finest wines are rather delicate, and top winemakers want to start with the best fruit available. Before there were synthetic chemical fertilizers and pesticides, all grapes were grown organically. Then, during the last century, many farmers started throwing chemicals into the soil and onto their vines, thinking it would protect and nourish the grapes. Over time, scientists and farmers (and perhaps as important, consumers) have begun to realize that these products may do more harm than good, especially in the long run. There is a growing recognition that organic, sustainable, chemical-free farming may lead to both better grapes and healthier vines. Despite the endeavor’s economics (it costs money in the short term to stop using synthetic chemicals and even more to prove one has done so), the bet is that organic wines farming translates into better wines over time. And good wineries tend to want to be around for a while.

As of October 2002, the USDA finally established rules for using the word “organic” on the label of any food or beverage. When most wine folks say organic wines, they usually refer only to the grapes, rather than to the entire wine-making process. As far as the actual labeling goes, however, there are stringent rules and three distinct categories.

Becoming certified takes time, and each state has different rules and certifying agents. In California, where the majority of the wines consumed in the United States are produced, the process takes a minimum of three years. Without certification, the term “organic” may not be used anywhere on a wine label.

“Organic wines” by itself means:

The European Union (EU) does not recognize—not yet, at least—the concept of a wine being made organically, so be aware that when you shop for organic wines that have been imported from EU countries, you’ll only see the label “made from organically grown grapes.”

“100% Organic” means: The wine contains no added sulfites and no nonorganic ingredients. 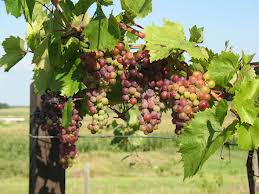 To my taste, there are very few drinkable wines made without added sulfites. I find them all somewhat funky or hot and fizzy-fuzzy. Each person’s palate is unique, however. If you’re interested in organic wines with no added sulfites, a number of them, like those from Frey and Coturri, have gotten positive reviews or medals in tasting competitions. Without added sulfites, these wines may not last as long and will taste better in their youth.

“There’s a pretty big difference between growing organic grapes and practicing organic wines making—the two are radically different undertakings,” says Grady Wann, general manager and winemaker at Quivira Vineyards, a prominent winery in the Dry Creek Valley appellation of Sonoma. Quivira is in the midst of the three-year process of having its vineyards certified as organic. When finished, Quivira will label its wines “made with organically grown grapes.” (Like many winemakers, Wann feels that some added sulfites are necessary for freshness and flavor). While there are significant costs in converting all their vineyards to organic, Quivira’s decision forced them to look beyond the time and money involved. Their view, says Wann, is holistic. “The whole philosophy behind our property has to be integrated. Going organic is something we needed to do not only as a winery in the business of making quality wines, but as property owners who want to feel good about what we’re doing.”

Oftentimes winemakers employ organic techniques but choose not to pursue certification. There are at least as many wines in this category as there are organic-labeled wines. Many wineries that eschew certification argue, convincingly, that vines are delicate plants, with too much money hanging in the balance of each vintage. Vines are vulnerable to attack by root lice (phylloxera), deadly insects such as disease-carrying glassy-winged sharpshooters, and other blights, forcing wineries otherwise committed to organic and sustainable farming to retain the option of falling back on chemicals to “save” a vineyard in an emergency.

Devoted organic farmers would insist that synthetic chemical agents, even the least harmful, are never worth it, and that sustainable growing, if messy (“There are weeds and bugs everywhere!” says Wann) does a better job of protecting the vines from such plagues. But some vineyard managers insist that the limited use of mild pesticides or weed killers allows their vines to yield better, more consistent fruit.

At the end of the day, going organic is better viewed as a way of growing and tending the land rather than as a strict, well-codified set of rules. Many vineyards and wineries are becoming increasingly conscious of where and how their raw materials are made. And at the moment, fine-wine producers whose vineyards have been subjected to the ravishes of herbicides and pesticides are likely considering organic, ultimately, as the way they want to grow. Or keep growing.

2000 Lolonis Cabernet Sauvignon/Redwood Valley, Mendocino(organically grown grapes)
Lolonis, a Mendocino winery, has been using organic methods to farm their grapes since the 1950s. This wine boasts a superb balance, bright fruit (both red and dark), and a full, generous finish redolent of figs, vanilla, and currants. Wants saucy red meats but will be happy with a grilled portobello-mushroom dish.

2001 Frog’s Leap Sauvignon Blanc/Rutherford, Napa Valley (organically grown grapes)
Frog’s Leap has been a pioneer of sustainable farming since it was founded in the early 1980s. This wine is fresh, slightly herbaceous, almost verging on vegetal, but with bright glimpses of the tropics, a sympathetic pineapple finish, clean and zesty. Perfect for red snapper or a nice asparagus dish. If you can’t find the 2001, the 2002 new release came out this year.

2001 Bonterra Chardonnay/Mendocino (organically grown grapes)
Bonterra is a well-known organic wines and one of the first to put “organically grown” on the label. This wine is lush, thick, extra juicy when fresh and young, with succulent beefy tomato in the mid-palate, but I would not hold my breath and let it age very long. Tangy tangerine-ish flavor up front, leaner on the back.

Recently certified, the Sinskey family vineyard has been a leader in organic/sustainable farming in Napa. Only 200 cases of this wine were made, but it’s a beaut: full-throated, fruity, bold; true varietal characteristics; blackberries, soft tannins, generous, gracious; rewarding fruit. It wants the grass-fed beef burger or maybe a Niman Ranch pork chop with some fruit or a mushroom fricassee. Sinskey offers a wide range of wine choices, including pinot noirs, if you can’t track this one down.

2001 Coturri Zinfandel/Chauvet Vineyards, Sonoma Valley (organically grown grapes)
And no added sulfites! Very dense and fruity, raisin-esque, but still some blackberry jam. Reminds me of a Fig Newton. Fun, pleasant, I don’t think it will keep more than a couple of years, but who knows? Not everyone’s cup of tea, certainly, but a worthy effort from a producer committed to organic growing—I am sold.

Prior to the late 1600s, wine-makers used olive oil–soaked hemp plugs to stop wine bottles. Cork, the ultimate wine-stopper since that time, is not without flaws. If the cork dries out or crumbles, gets too moist, or is otherwise not in place, it can lead to oxidation of the wine. Wine can also “taint.” This happens when compounds such as trichloroanisole, or TCA, sometimes formed by microorganisms in bark, impart a moldy or stale flavor to the wine.

This has led to attempts to supplant cork in various ways, but none have fully caught on either aesthetically or environmentally. Aluminum screw caps, while not elegant, do stop a bottle properly. Other options: fully synthetic corks made from foam, plastic, and the like, or quasi-corks called “cork composites” made mainly from cork particles. Neither synthetic nor quasi-corks have yet proven that they can preserve a wine as long as natural cork.

Ultimately, the most environmentally friendly choice is also the one steeped in tradition. Cork comes from the bark of the Quercus suber, or cork oak tree, grown primarily in Portugal and Spain (Portugal alone produces more than 50 percent of the world’s wine corks). Loggers remove the outer bark of the tree; for wine-quality cork, the tree must be at least 30 years old. The bark is typically harvested every nine years in consideration of the health of the tree. The Organic Grapes Into Wine Alliance, an association of producers and distributors of organic grapes and wines, recommends cork over screw caps or synthetic corks because they consider it the most natural choice.