Many wildflowers bloom early in spring, making use of sunlight that reaches the ground before the trees leaf out. Some are ephemeral, disappearing in summer’s heat. I prefer double-duty plants, whose foliage remains as a groundcover or background. The Phlox wildflowers are among the loveliest of these. 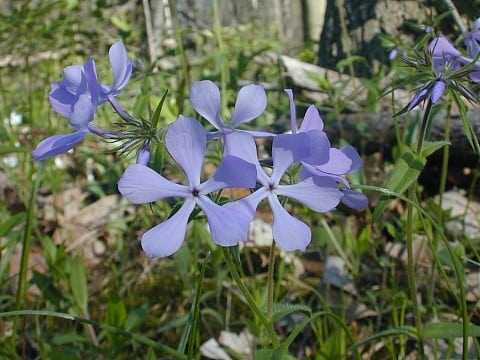 One of my favorites is Wild Blue Phlox (Phlox divaricata). It has the familiar phlox-type flowers, in loose clusters about one foot high. These blue phlox wildflowers may be light blue, lavender, or white. It spreads, but not rapidly, by runners, and may eventually cover a large area, forming a pastel carpet under the trees. Blue phlox wildflowers bloom in late April in the Piedmont, and as late as June in the mountains. Common throughout Maryland, its range spreads from Quebec to South Carolina, and west to Texas and Wisconsin. They need light shade and rich, moist soil. Blue phlox wildflowers could be grown under a deep-rooted specimen tree. Blue phlox wildflowers will tolerate flooding. Look for it on the wildflower trails at Cylburn Arboretum. Some of the native plant nurseries stock it, and you may be able to find it in retail nurseries as well. 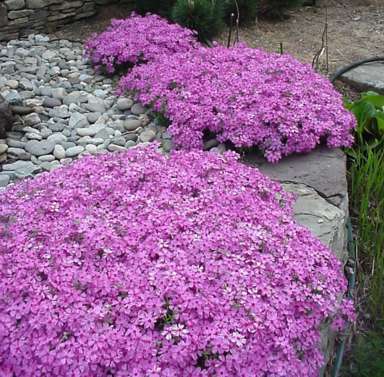 Creeping Phlox (P. stolonifera) is another ground cover. It looks much like Wild Blue Phlox, and nurseries sometimes confuse them. You can compare them at Cylburn. Creeping phlox wildflowers have blue or pink flowers, ranging in intensity from almost white to quite purplish, 6-12 “ tall, from April to June. It needs partial shade, rich soil, and average moisture. It is native only to the mountains, in Maryland, but further north and inland it appears in moist bottomlands. The Maryland Piedmont is hotter than its native climate, so I would recommend Wild Blue Phlox instead, unless you need evergreen foliage. Creeping Phlox wildflowers spreads by seed and by creeping basal shoots. 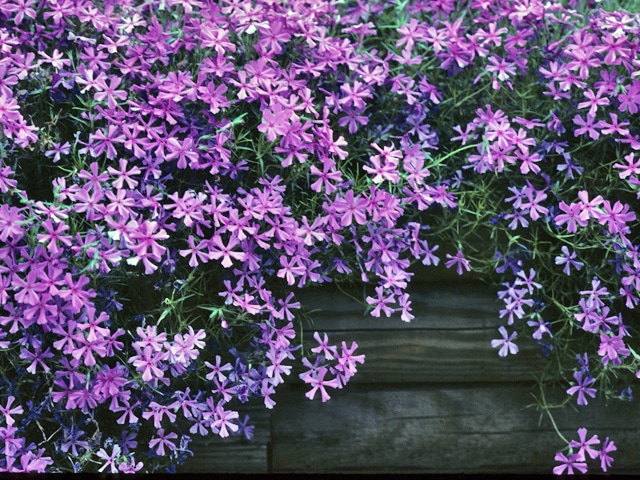 Moss Phlox (P. subulata) is widely planted as a ground cover in sunny locations. In the Maryland Piedmont, we are at the southeastern corner of its range. Seems like Moss Phlox wildflowers evolved in rocky outcrops and is suitable for rock gardens and dry soils. It has woody stems and is somewhat evergreen. The native phlox wildflowers varieties have pink to lavender flowers, probably less intense than the cultivars we so often see for sale. To see it growing wild, try the barrens at Soldier’s Delight in Owings Mills. It blooms in April and May. 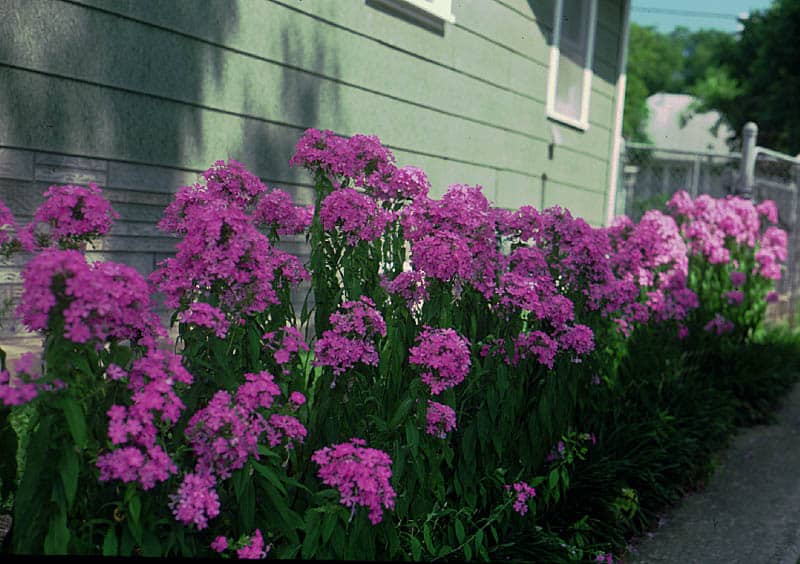 Perennial Garden Phlox (P. paniculata) is native from Central New York to South Carolina, and west roughly to the Mississippi, at higher altitudes as you move south. In Maryland it grows in the rich, moist soils of open wood. Its bloom time is July-October. This is the tall one, 18” to 6′, with big, dense, rounded clusters of pink, reddish purple, white, or lavendar flowers. The closest I know of, to see it growing wild, is the native plant trail at Green Spring Gardens Park in Alexandria, VA, telephone 703-642-5173.

Phlox wildflowers cultivated varieties may be susceptible to spider mites, rust, and mildew. They do best with good air circulation and an airy mulch to keep the roots cool. Wild Sweet William (P. maculata) grows in wet meadows and on stream banks in the Baltimore and D. C. areas. Wild Blue Phlox is also sometimes called Wild Sweet William. The dense flower panicles are rose, pink, reddish purple and they are occasionally white, shaped much like a long, narrow pine cone. Most of all blooms in June and July. 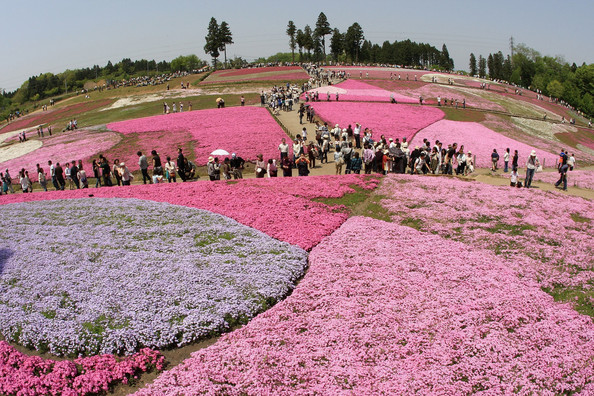 All Phlox wildflowers have long, slender corolla tubes designed to accommodate nectar-sipping butterflies and hummingbirds. At the top of each flower, the five petals lie almost flat in a plane perpendicular to the tube, providing a comfortable landing for bees. Phloxes are usually fragrant, and range from a quiet beauty to striking, colorful accents for your garden.