In the Canadian high Arctic, only 1000 km from the North Pole and thousands of kilometres north of the treeline, a helicopter pilot reported observing what appeared to be the remains of a forest. In 1987 an international team of scientists mounted an expedition to Axel Heiberg island to investigate this discovery. What they found led to the realization that the Arctic climate has not always been as it is today. In place of the cold polar desert of the present must have existed a Tropical Arctic climate able to support a lush tropical forest and swamp.

For a few weeks in the Arctic summer the ground is laid bare after the snow and ice melt away. This is the only time available to examine the remains of this prehistoric area. Over 200 specimens of tree stumps were located in the search area. The trees were closely spaced and some would have reached heights of 50 m. They consisted mainly of Swamp Cypress and Dawn Redwood, two species of tree that disappeared millions of years ago. These types of trees can only grow in a warm, wet climate. The remains of the forest were not fossilized, but preserved in the sediments produced by 19 consecutive catastrophic floods, buried in a series of 19 layers and then froen as the climate turned colder. The action of weathering has worn away these protective layers, revealing the forest’s remains.

Also found, perfectly preserved, were leaves, twigs and cones of the cypress and redwood. Evidence of newer, emerging species of trees was found in the form of seeds of the hickory tree, and spruce cones; two varieties of tree that flourish today all over North America. Combined with geologist’s knowledge of local rocks and the dating of pollen grains, the forest that produced these remains would have to be over 45 million years old.

The possibility that Axel Heiberg island used to be located in a much more southerly latitude at that time has been ruled out. Paleomagnetic studies show that the island has shifted only 2-3 degrees in 45 million years. Therefore there were no polar caps at that time.

The extended periods of light and dark that divide the Arctic year, typical of high northern latitudes, also occured during the time of these tropical conditions. Analysis of the tree rings from cut samples of the preserved trees show that growth was constant during the daylight periods. When darkness came the trees would enter a dormant period and shed their leaves. 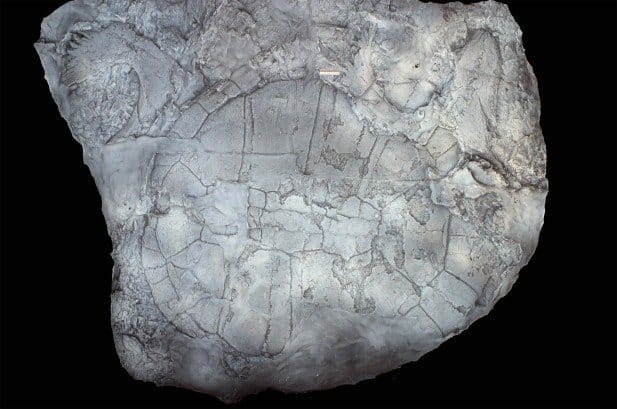 The search for animal in a Tropical Arctic, remains revealed specimens of fossilized bones from an alligator tail and the shell of a turtle. These animals can only survive in a warm and wet climate that is lush and swampy, such as the area of the Florida Everglades. Another sample of bone was found that is believed to be from a mammal of the period. Scientists believe it to be similar to the present day Lemur, which is found in the jungles of Africa and southeast Asia. The striking characteristic of this creature is that it is nocturnal. This adaptability to darkness would be necessary for survival in the half-year long periods of night in the Arctic.

It has generally been accepted that the evolutionary process of plants and animals has taken place in the more equatorial regions of the planet. These discoveries in the high arctic latitudes raise the possibility that certain evolutionary characteristics may have had their start far from the tropical areas of today.

1 thought on “The Search for a Tropical Arctic”