In the Brazilian Amazon, the soil is poor. So farmers resort to slashing and burning trees to enrich the soil.

William Woods: Initially, I think that it was the addition of garbage and wood ash and camp debris to the soils that changed the characteristics …

That’s William Woods — a soil scientist and geographer at Southern Illinois University in Edwardsville. He’s analyzing the content of Terra Preta. About 2500 years ago, native people began mulching organic material into the soil — even mixing in aquatic plants and fish. Woods says that if scientists could learn how the black soil was made, then perhaps they can teach farmers an alternative to slashing and burning.

William Woods: More people could support themselves with less land — there’d be less pressure on clearing forest … one could perhaps permanently cultivate on smaller plots of land and make a go of it. 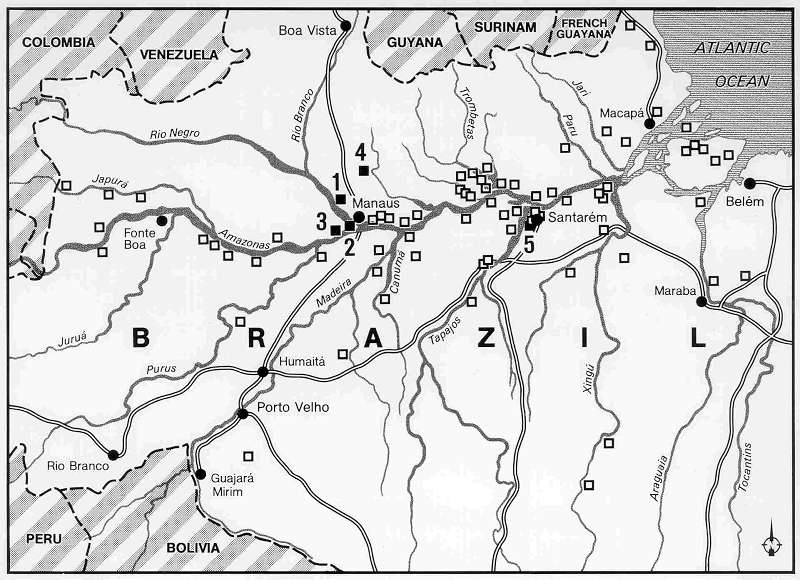 William Woods believes the Amer-indian soil builders were even more advanced than that. The lush growth of microorganisms in the Dark Earth is the secret to its extraordinary and long-lasting fertility, he says. He thinks the Amazonians somehow knew this, and would mix their enriched soil into new ground as they expanded their agriculture. In this way, they spread soil fertility, and were able to permanently cultivate on vast stretches of land throughout the Amazon basin.

Woods is teaching during the first half of 2003. Then he hopes to return to Brazil in the Fall of 2003. He says, “I’m part of a group that are studyhing these soiils. I’m working with people in Colorado, Germany and Brazil analyzing the soils.” He says the Colorado, German and Brazilian researchers are looking at the microogranisms in the black soils.

One of the main goals Woods has is to figure out the chemical, physical and biological properties of the black soils in many different locations. He hopes to find out what organic compounds are unique to these soils and then determine the wavelengths of light that are absorbed by the compounds. Then, by using aerial remote sensors, a map could be made of where the black soils are located.

Terra Preta is extremely fertile. Woods says, “One gram of fertile soil has 10,000 individual species in it and billions of individual organisms.”

Scientists like Woods and Petersen continue to examine Terra Preta, trying to identify the makeup of the soil and to discover the exact methods the Amazon indians may have used to build their soil. They are optimistic that their work may help illuminate one of the world’s great prehistoric cultures, and help tropical farmers of the future at the same time.