On the night of February 7, 1855, there was an unusually heavy snowfall in the county of Devonshire, England. When the people awoke the next morning they found that the fresh snow had been broken by footprints, of a very mysterious sort.

The prints were U-Shaped and about 4 inches long by 2 3/4 inches across, with each print being an even 8 and a half inches apart. At first glance they looked as if they had been made by a small pony. But closer examination showed that the prints were in line, one in front of the other. They had apparently been made by a two-legged rather than four-legged animal.

That wasn’t the oddest thing about the tracks either. In one place a line of tracks led right up to a twelve-foot-high stone wall. The gates of the wall were securely locked and had not been tampered with. The snow lay undisturbed on top of the wall. Yet the line of tracks continued on the other side, just as if a stone wall had been no obstacle as all to the creature.

At another place, the tracks marched right to the edge of the Exe River near where it meets the sea. The river there is two miles wise and was not frozen, yet the trail continued on the opposite shore just as if the creature had swum or walked across the water.

The line of prints was found to zig-zag its way from the town of Topsham southward to the town of Totnes, a distance of approximately ninety-seven miles along the south Devon coast. The prints didn’t make an unbroken line; sometimes they followed an irregular course, and at others they disappeared for a distance of several miles.

The strange tracks seemed to be anywhere and everywhere. Practically every town in village in the area, as well as isolated farms, were marked by the horseshoe-shaped tracks. They were found in town squares and lonely beaches; cemeteries and public roads; woodlands and even on tops of houses.

The snow had stopped falling in Devonshire at about midnight. The tracks had been made between that hour and about 6:00AM, when people arose and first began to notice them. Yet not a single person reported seeing or hearing anything unusual during the night, and certainly no one reported seeing whatever it was that made the tracks.

When people first saw the prints, they had a good deal of fun speculating what they might be, but as the day wore on, and the extent of the trail of strange prints became known, the fun went out of the speculation. The rumor spread that the prints were not horseshoe-shaped at all, but were the prints of a cloven hoof! It was said that the Devil had been abroad that night in Devonshire.

The following night people in the district locked themselves indoors, for fear of meeting the Prince of Darkness walking about that night. But the next morning there were no fresh footprints. Nor were there any the next morning, or the next, and gradually the hysteria died down.

What made the “Devil’s Footprints”? A local clergyman suggested that they really had been made by the Devil and that they were a warning against the swearing, drunkenness, and general poor morals of the district. But another clergyman said that this was a “gross and incredible superstition.” He had heard that a couple of kangaroos had escaped from a nearby zoo, and they might be capable of jumping over walls. The prints in no way resemble those of a kangaroo.

Sir Richard Owen, one of the most distinguished biologists of the day, had a more reasonable explanation. he suggested that the prints had been made by a group of badgers that had been driven out of hibernation by hunger and were scurrying about the countryside in search of food. The badger’s characteristic print, he said, had been distorted by melting and refreezing of the snow.

Other animals, such as otters, raccoons, skunks, jumping rats, and of course ponies, were put forth as possible sources of the prints. So were a variety of birds, including swans and cranes. Someone even suggested a swarm of frogs. None of these explanations gained even general acceptance.

To this day no one really knows whether the strange prints were made by an animal, or if they have some other origin. Perhaps they were made by something that fell from the sky, or by a change in weather. The phenomenon of “Devil’s Footprints” however, has been observed in a few other places and is generally connected , at least in the popular mind, with the appearance of some sort of devil or monster. 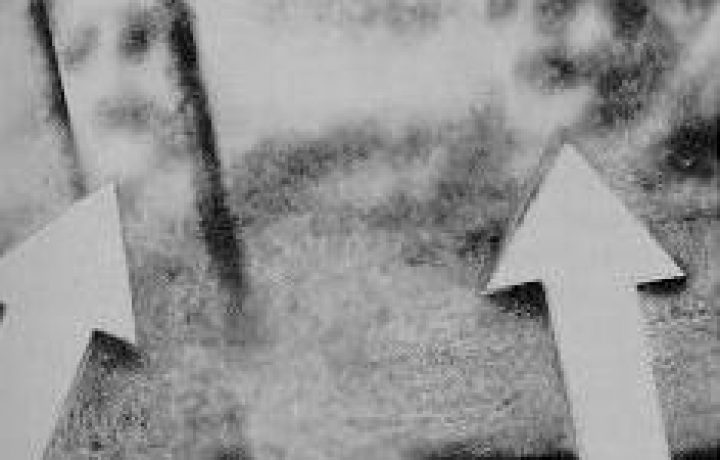