In my fields, I have practiced mulching for many years and have become a believer in its benefits. I have found that it keeps the soil moist and friable, uniform in temperature, and easy to work. It also helps keep the rain from splashing mud on plants, the ground moisture from evaporating, and weeds from growing. Every garden needs a little mulch.

Mulch is a layer of material, organic or inorganic, spread on the ground near plants or in the aisles. It protects the soil from the effects of the wind, rain, and the hot sun. During a long dry spell, I get by with a lot less watering. Mulch moderates the soil temperature keeping it a little cooler in summer and warmer in winter. The best part is that it cuts down on the time spent on garden upkeep.

Any number of materials are used for mulch – grass clippings, paper, straw, sawdust, or polyethylene black plastic film. I prefer to use organic materials because they can be incorporated in the soil after the growing season, thus adding valuable nutrients. 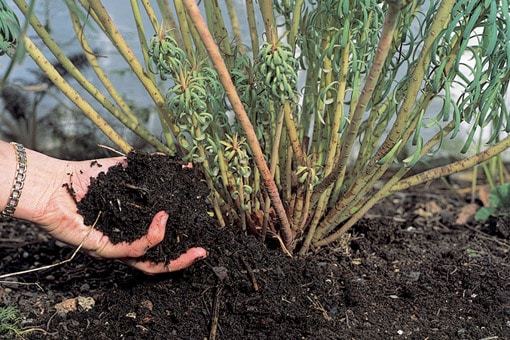 The initial cost of these mulches is offset by the fact that they can be recycled from year to year.

Do’s and Dont’s of Mulching

At the end of the season, when the mulch is turned into the soil, it will be broken down and continue to enrich the soil’s humus content.