If there is one place you should to be able to say anything, it’s the doctor’s office. But a surprising new report finds many patients are often resistant to discuss important medical conditions with their doctor. As Dr. Dean Edell reports, not talking about something could result in not getting care.

SAM
“Since I had no ability to have erections …”

DEAN EDELL, M.D.
“Sam is talking to his doctor about something incredibly intimate … his sex life. A new survey found impotence tops the list of the top ten subjects patients are too embarrassed to discuss with their doctors. Perhaps in the age of Viagra – and intimate details of presidential sexual exploits – impotence may not remain a taboo subject.

“But other things on the list were of equal concern. Number two of the most embarrassingsubjects was sexually transmitted diseases. Yet we know young people are facing an epidemic of chlamydia, genital warts and other serious problems. Experts say doctors are often equally guilty of avoiding this subject.”

DEAN EDELL, M.D.
“Also on the list of the top ten problems too embarrassing to discuss with your doctor – physical or emotional abuse, followed by prostate problems and incontinence. 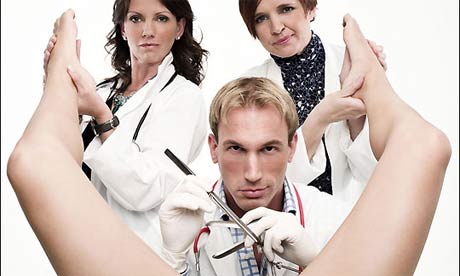 “One thing you’ll notice about this list, for every item on the list, help is available through counseling, pills, even surgery.

“That’s certainly true for number six – depression. You’re too embarrassed to come to my office and talk about depression? It is not a failure of your character. Better still, we live in an era of miracle anti-depressant drugs, and yet, people are still too embarrassed to bring it up to their doctor. That shouldn’t be.

“The list continues. Some won’t mention eating disorders to their physicians. Others are embarrassed about alcohol or drug abuse.

“Again, patients too often blame themselves, when medical help could give them a fresh start. Birth control and sex are next – especially when it comes to teenagers being embarrassed.”

DEAN EDELL, M.D.
“And finally, number ten on the list of unmentionables is a shocker – because it’s menopause!

“Menopause is a natural transition for all women … and new studies show many women find the process to be liberating. But not talking about what your body is going through is not good for men or women.

Ultimately, nothing should be too embarrassing to bring up to your doctor … your emotional and physical well-being – even your life – may depend upon it.”

END NOTE
Patients said they often felt intimated or rushed by their doctor. So the best advice is to make a list of your two or three most important questions … and don’t leave until you get them answered. Good luck.